Christopher Roberts holds a B.A., M.A., and Ph.D. in Music Education from the University of Washington, and a B.A. in African History from Swarthmore College.  He received his Kodály Certificate from Seattle Pacific University, further studied the Kodály approach at the University of Calgary, and has given presentations for music educators throughout the United States and Canada.  Christopher currently serves as Lecturer and Director of Music Teacher Preparation at the University of Washington, working with undergraduate and graduate students.  His co-authored book, World Music Pedagogy II: Elementary Music Education, was recently published by Routledge Press, and research articles have appeared in journals including Journal of Research in Music Education, British Journal of Music Education, and The Bulletin of the Council of Research in Music Education.  Christopher serves as the director of the Kodály Levels Program of Seattle, and is Past-President of the Western Division for the Organization of American Kodály Educators. 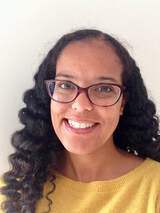 Shekela Wanyama is a DMA student in conducting at the University of Minnesota. Shekela spent a joyful decade teaching middle and high school choir at public and independent schools in Minneapolis and Seattle before returning to graduate school. Pre-pandemic, she began her DMA studies at the University of Arizona, where she conducted the Treble Glee Club and was assistant conductor for Tucson Masterworks Chorale. Shekela continues to serve as music director at Mountain Vista Unitarian Universalist Church in Tucson. She has also worked with outreach programs at the Tucson Girls Chorus and Northwest Girlchoir, guest conducted elementary and middle school honor choirs, and sung with ensembles such as Border Crossing, Seattle Pro Musica, the Minnesota Beethoven Festival Chorus, and The Singers. Shekela has presented at state and regional choral and education conferences on building choral programs in smaller schools and community engagement for choral organizations. Her writing has appeared in the ACDA Choral Journal and IFCM International Choral Bulletin, among other publications. Shekela holds a Masters degree in choral conducting from Temple University and a Bachelor of Music Education degree from the University of Minnesota. She is a proud and grateful student of Kathy Saltzman Romey, Matthew Mehaffey, Elizabeth Schauer, Angela Kasper, and Karen Howard. 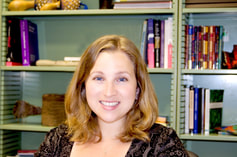 Sarah Bartolome holds a Ph.D. in Music Education from the University of Washington, a M.M. in Music Education from Northwestern University, and a B.M. in Music Education and Vocal Performance from Ithaca College. She received her Kodály Certification from the New England Conservatory’s Kodály Music Institute in Boston. Dr. Bartolome has taught general music in the Boston and Seattle metropolitan areas and has conducted for such prestigious children’s choirs as the Greater Boston Youth Chorus and the Seattle Girls’ Choir. A frequent presenter, she has given workshops, clinics, and research presentations throughout the United States and internationally. Dr. Bartolome is presently an Assistant Professor in Music Education at the Northwestern University, where she teaches courses in general music education, world music pedagogy, and qualitative research.

Kelly Foster Griffin is a National Board Certified teacher (2007) and a K-5 music educator in the Northshore School District (1988). Kelly holds a Kodály Certificate from the Kodály Musical Training Institute at Hartt School of Music, University of Hartford, CT (1989); a Master of Music in Music Education with Kodály Emphasis from Holy Names University in Oakland, California (1992); and has served on local, regional and national music boards, including serving as past president of the Organization of American Kodály Educators (2012-14). She is the co-founder and former executive director of the non-profit arts camp, Summer Fun! - A Music, Theatre and Visual Arts Day Camp for Children (1993-2011); and has taught children’s and youth choirs for over 30 years. Kelly currently serves as Elementary West Curriculum Officer for the Washington Music Educators Association. She is an instructor for the Kodály Levels Program of Seattle teaching Musicianship, Pedagogy and Materials courses (2010 – present).

Melyssa Stone holds a M.Ed. in Educational Leadership & Policy Studies from the University of Washington and B.A. degrees in Vocal Performance and Music Education from Seattle Pacific University. She completed her Kodály Levels at Seattle Pacific University and has worked with the program since 2014. She has worked at the elementary, middle and high school levels as a music educator and is a former director with Northwest Girlchoir, and Pacifica Choirs, focusing on a Kodaly-based approach to choral singing. Melyssa performs in the area as a jazz vocalist and has performed with artists such as Ben Folds, John Pizzarelli and the New York Voices. As a violist, she is a former member of the Thalia Symphony Orchestra and More Music @ the Moore performer. Melyssa has presented for the Seattle International Children's Festival, Seattle Theatre Group, Northwest Kodaly Educators, Washington Music Educator's Association, and schools on topics of musicianship, diversity in the arts, and children's choirs. Melyssa is the former President-elect of the Northwest Kodaly Educators and currently serves as a Choir Committee Chair for the national Organization of American Kodaly Educators.